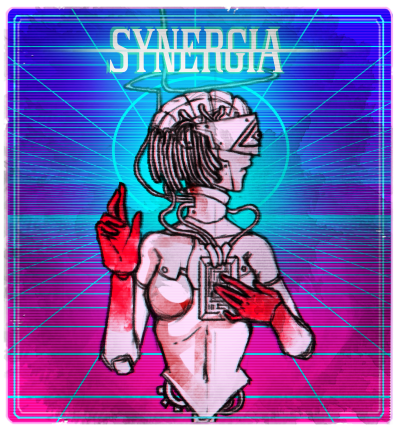 Synergia is a yuri thriller visual novel that takes place in a cyberpunk future, wrapped up in a beautifully unique, vibrant neon aesthetic. At the end of the world, sometimes love is the ultimate crime.

Story
Cila, a veteran cop with a sour outlook and anger issues expects nothing more from life besides the smell of ozone, blinding neon lights and the ever-present manhole steam. At least, until a shady friend replaces her broken-down housedroid as a favor. Advanced, more efficient and remarkably perceptive, unit M.A.R.A. begins to penetrate Cila's toughened exterior and possibly even heal her new owner's old wounds – if Cila can decipher the recurring nightmare the process brings. Soon Cila and Mara forge a unique - if sometimes uneasy - bond. Unbeknownst to Cila, just as her life begins to find its new normal, the technological giant Velta Labs gets wind of Mara's existence and takes a mysterious interest in the android. A war unlike any before it is brewing on the horizon, its players are silently being selected and one android's fate may spell the difference between peace, war, the blossoming of a new religion, or a technological singularity beyond comprehension.

In order to download this game you must purchase it at or above the minimum price of $11.99 USD. You will get access to the following files:

Ahh I saw that this will release in July according to Steam. So psyched!

Good idea for a plot. i've noticed some inspirations from other cyberpunk things. a lot of interesting, good-looking and well-written characters. Very good lore and world and story-telling

Yuri and Cyberpunk? No way I'm gonna skip this, heading over to KS after writing this comment. :)

The art is.. hmm, peculiar. Looks very hand-drawn, both backgrounds and characters. Have only run the demo briefly so far though.

Just one thing: Packaging the game as a .zip file doesn't preserve POSIX permissions. So the game cannot be run as-is on Linux. You have to change the permissions on a few files in the game folders after unpacking:

After the change, the game can be launched both on 32-bit and 64-bit machines: $ ./Synergia.sh

Packaging it as .tar.gz or .tar.bz2 would fix that issue, but I guess that's a bit more inconvenient for Windows users.

I think Ren'Py should support packaging the game for each platform individually though? If true, maybe that'd do the job (Making a .zip for Windows, and something like a .tar.gz for Linux).

Anyway, it's not a big deal, just wanted to mention it. ;)

Lookin' forward to this! In the mean time: there is also a game called NeonCode if you're into cyberpunk.

this is rly well-written, i'm in love with the art style and aesthetic, and i got uber invested

i can't wait for the full version tbh !! this is lovely

I am absolutely IN LOVE with the art style. Even the options menu is breathtaking. And although VNs arent really my thing, I enjoyed the characters and story. Awesome job! 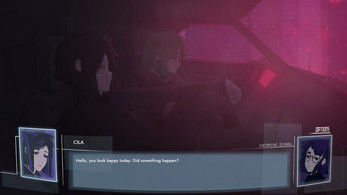 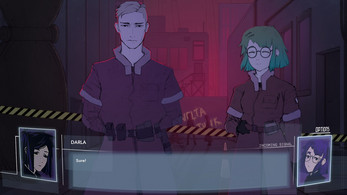 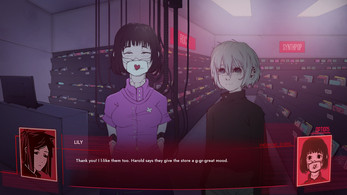 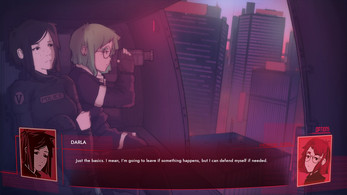 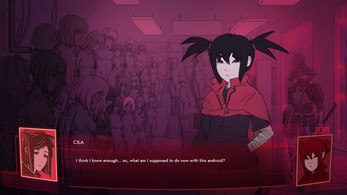 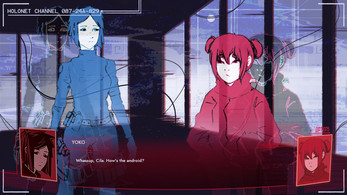 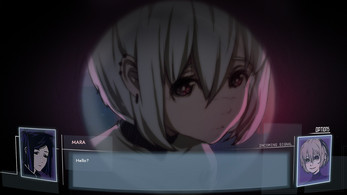 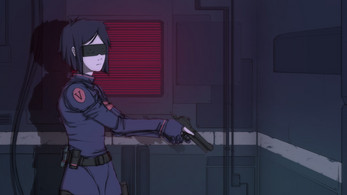 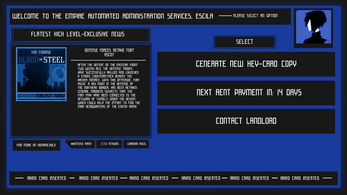 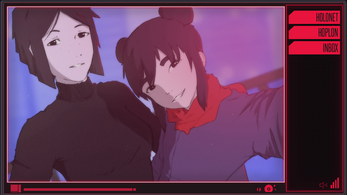